Our son, Benjamin, remarked that Jeffrey’s bike ride might be compared to the Odyssey. A courageous warrior, Odysseus helped conquer the Trojans. Then it took him ten years to get home. 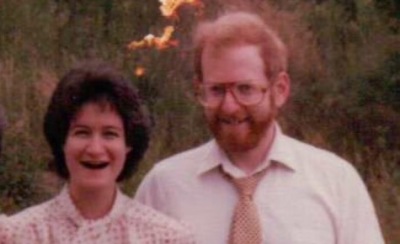 One can feel for Odysseus’s wife, Queen Penelope. She worried for a decade while her husband wandered. The queen didn’t have a cell phone with which to call her spouse or an app to track him. Lucky me.

Our Jeffrey is on a quest to conquer the modern day Trojans who want to destroy our country and our core value as a haven for those who fear persecution abroad. Jeffrey’s latest clients are running from several Middle East countries where dictators and religious leaders want to kill them. Syria’s Assad, gassing and murdering civilians, is not too different from Hitler.

My own family ran from Hitler. My father has spoken about the luck of the gods – and a generous distant cousin who provided his parents the money demanded by the United States to ensure that the family would not be a “public charge.” Only then did a U.S. consul grudgingly issue visas to let the family escape the Nazis in 1937, in the nick of time.

My late mother left Germany in the middle of the night in April 1933. Her father told the family to take one last look at their home before fleeing to British Palestine, a step ahead of Hitler’s Brown Shirts, who already had blasted my mother’s house with gunfire.

The children – my parents – survived. Many others did not. Odysseus too reached safety – alone. The rest of his people died.

Now I’m among the very very lucky. Like our children, I was born a U.S. citizen. Our kids and I are German citizens too, because the Germans let us inherit the citizenship they stole from my father. With two passports, my family (except Jeffrey and Joey) can claim protection from two free countries. People seeking safety in America – or today’s Germany – don’t have even one protector.

For most of our history, immigration was open. Go to Ellis Island and see the posters welcoming newcomers to our country. You didn’t need a visa. You just needed guts.

Odysseus, Jeffrey, now a guy with a torch … redheads!

The immigrants came. And most took their turn at being hated. We hated the Germans, the Irish, the Italians, the Chinese and the Jews. We hated and enslaved Africans. We hated, then banned, then interned the Japanese. Now we hate Muslims. We don’t seem to learn. Hating people who need a safe haven mocks the Statue of Liberty, our beacon to the downtrodden.

Immigrants make the United States wonderful and exceptional. It isn’t just being nice, it’s the law of the land to welcome those who are afraid. And thank heaven it is, because I would not be alive to write to you if the USA did not take those fleeing persecution.

Many people in the USA claim to be religious. The Bible tells us to treat strangers like family, yet Americans talk about closing our borders and building a wall. It’s cruel. It’s nuts. It’s not in line with our values. People fleeing persecution need help and sympathy, not meanness, the same as when my family left Nazi Germany and moved to the USA.

I won’t have to wait ten years for my Odysseus to get home. But the worry for his return will be the same. May Zeus dispatch Athena to ensure J&J’s safe passage.

Please join me in reading the Joey-Jeffrey blog and donating to Human Rights First.