The truck parked outside our motel room displayed an AK-47 window decal and wore some of the sand our trike wallowed in yesterday. Such tires make quite a noise as they whiz by inches from us. 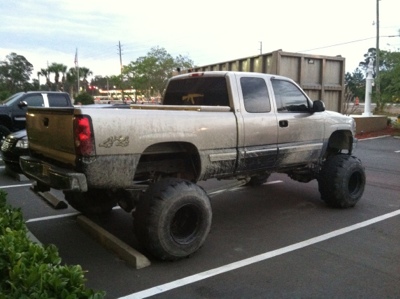 Good thing almost all drivers respect us on the road.

We get more respect when road signs proclaim our right to be there. We saw all these today. 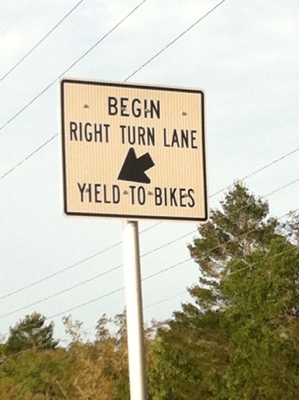 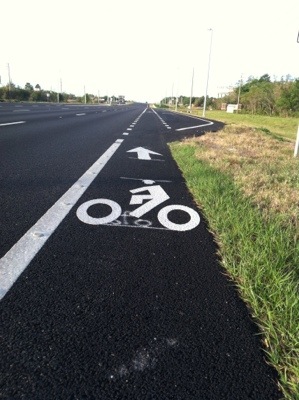 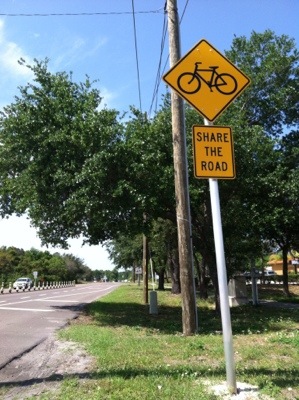 Identical roads without the signs – roads with unmarked shoulders, with no reminder to share – feel more dangerous. Aggressive drivers crowd us more closely.

Just as vehicle and traffic law gives a bicycle or tricycle the right to be on an ordinary road, regardless of whether a sign says so, our fundamental legal document (the Declaration) and most common moral document (the Bible) give all people the right to life, liberty and the pursuit of happiness, regardless of whether they hold particular pieces of paper. We applaud the recent decision by the Associated Press to stop using the nonsense term “illegal alien”. (A person can do something illegal, but cannot be “illegal” per se.) We hope dispensing with this misleading label will help unite the American public behind sensible immigration reform.

In Hudson Beach, we met Michaelina and Tony, retirees from western Pennsylvania with strong opinions about the economy and medical care. They believe honest hard work should be rewarded and that the rules (on the qualifying age for Social Security, for example) should not change in the middle of the game. They are not directly affected by the issues addressed by HRF, but their sense of justice makes them sympathetic to refugees for whom HRF finds and trains free legal help. 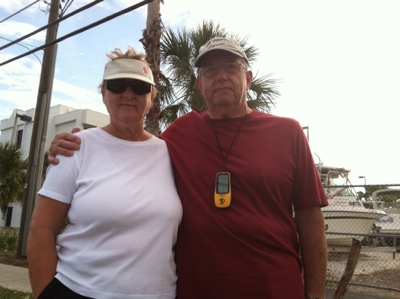 In Hudson Beach, we saw the Gulf of Mexico. Beautiful. 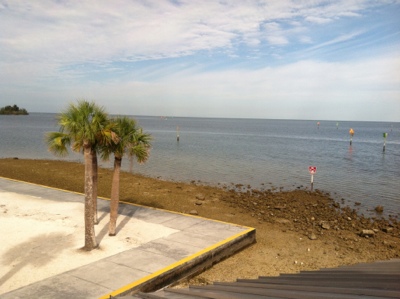 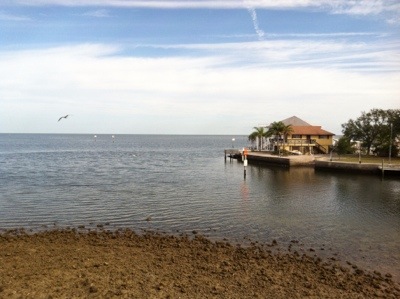 After 30 hard miles along a 65 mph highway that switched frequently from bike lanes to gravel-covered shoulders to no shoulders at all, we reached Tarpon Springs and the Pinellas Trail. What a relief! The Trail, smoothly paved and free of motor vehicles, led us 30 more miles into St. Petersburg. 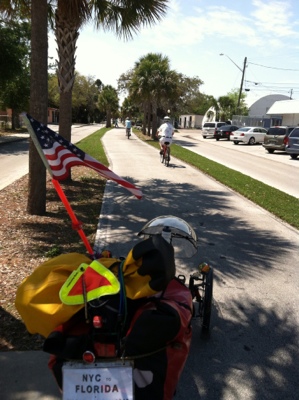 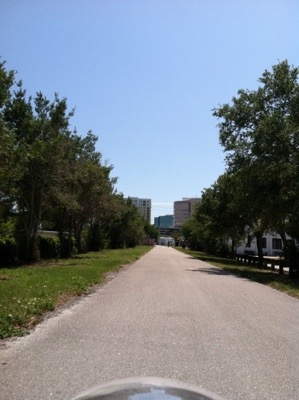 On today’s route, we met trike owners Bill and Bill and Dave, and saw at least half a dozen trikes along the way. We saw a tandem trike at Dave’s cycle shop.  And Dave fortified Jeffrey with a cold drink. 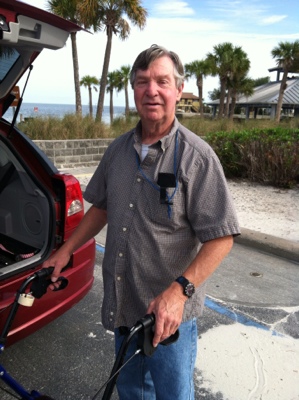 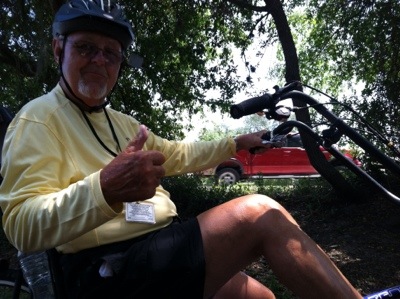 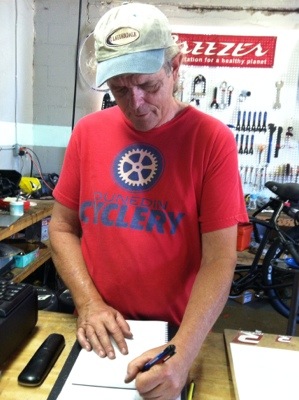 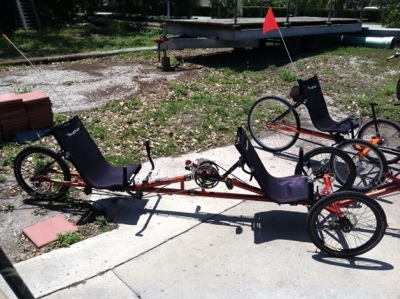 Another cycling enthusiast, Howard, was on an ICE Vortex, a very fast trike. He rode with us for several miles. Jeffrey didn’t snap his photo, but he enjoyed the company and conversation and perhaps got Howard thinking about taking a long trike tour.

After riding over many overpasses and along the water 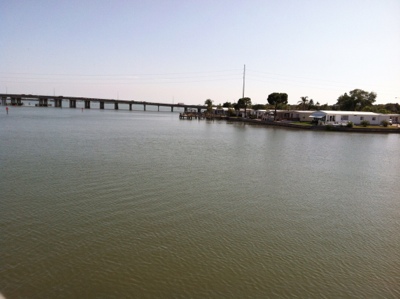 we came to a residential area and arrived at Jeffrey’s father’s place. On our 20th day, after 1400 miles, St. Petersburg! 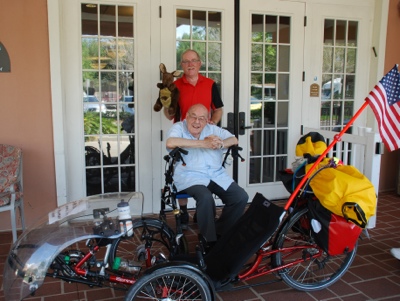 This is our final stop, but we’re not done. We will talk to local people about St. Petersburg, refugees, immigrants and America. Stay tuned!